A downloadable visual novel for Windows, macOS, and Linux

Music, script, and backgrounds by Mako

All assets are original

With a handful of fantasy and fable entries to the jam, the concepts and choice of diction presented in this have a much more "hard" sci-fi slant to it, which honestly intrigues me how possibilities and limits are explored within known physics. That said, it's not really the focus as it adds mainly to the worldbuilding. I love the characterizations of Connie and Dolores, one a no-bullshit brain with bad habit, the other an almost impossibly charismatic rallier of dissidents. Understanding this was made in a time frame just shy of two weeks, I'm excited by this story of civil unrest and revolution, and I would love to further explore Connie's ties to engineering the ship, the former disaster, and the context of Dolores' greater role before the downfall.

The worldbuilding was cool and creative, the character sprites have a striking angular style, and the music was very chill and relaxing. Nice work!

Was the helmet design inspired by Zeon in any chance? Gotta love me chain-smoking engineering girls!

Interesting premise - I wonder what this would look like given more time. I always love me some space revolts and social tension! 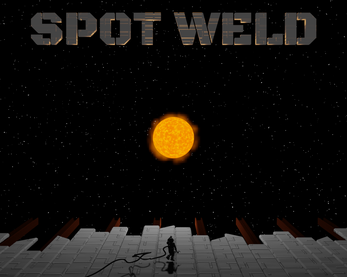